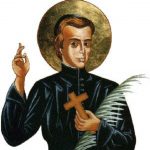 Saint Peter Chanel…
You were a Marist and a priest. You believed in the Marist project as it took root, guided by the intuitions of Jean-Claude Colin and his companions. You responded to this gracious choice of love freely given. You devoted your youth and your energy to it.

Today, God of all that is good, let confidence in the Marist project flourish in the heart of Marists. Help us to give it flesh in our time. 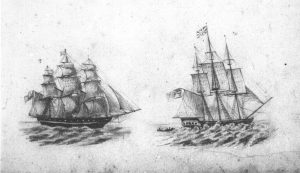 In 1836, at the age of 33, you left the coast of France for unknown shores. With your Marist companions, you answered the call of the Pope to take the Gospel to the islands of Oceania. As the harbour of Le Havre disappeared beyond the horizon behind your thoughts were for those you were leaving behind…

Today, God of all that is good, give to Marists to knowledge of how to leave familiar shores in order to answer the call of the Lord. 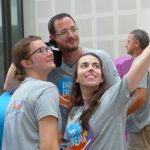 You were eight companions on the ship which took you across the Atlantic: your Bishop, Jean-Baptiste Pompallier, three religious Brothers, Marie-Nizier Delorme, Joseph-Xavier Luzy and Michel Colombon and four priests, Claude Bret, Pierre Bataillon, Catherin Servant and you. You experienced long weeks of travel together with the crew and the other passengers. With the illness and death of Claude onboard, you came to know the meaning of hardship.

Today, God of all that is good, increase in the heart of Marists, the taste for community, and the desire for a life and prayer that is shared. 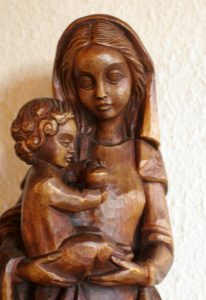 Love Mary and make her loved, became your motto. Mary directed you towards her son, Jesus. She showed you a path of faithfulness to God. She taught you tenderness.

Today, God of all that is good, nourish in the heart of Marists an attachment to Mary so they may think, judge, feel and act like her. 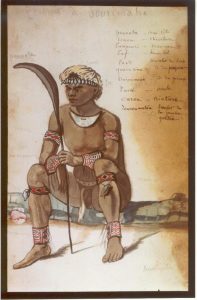 On arriving on the island of Futuna, with Brother Marie-Nizier, you became acquainted with the local inhabitants of the island. You began with courage to learn their language. You Petelo, you joined them there, just as they were.

Today, God of all that is good, free us from the complaint that we are no longer understood and give us the courage to learn the languages of our contemporaries in order to proclaim the mercy of God.

The man of a good heart… 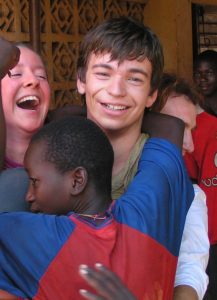 The people of Futuna called you “the man of a good heart”. Without doubt, they did not quite understand why you left your distant homeland to join them on their island. The Gospel was not written in the language of Futuna. But they recognised that which has no need of words: your kindness, your generosity.

Today, God of all that is good, increase in the heart of Marists goodness and generosity. 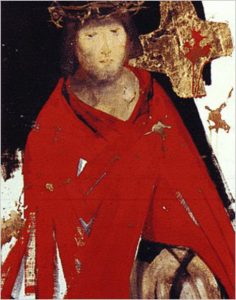 Wars periodically ravaged the island of Futuna. By refusing to take sides with one against the other, it was you who became the enemy. As a disciple of Jesus Christ, you did not wish to give way to violence which eats away at the human heart.

God of all that is good, through the intercession of St. Peter Chanel, today as fear of foreigners is on the increase in Europe give us the courage to resist hatred and violence in relationships and in our society.

To lay down one’s life… 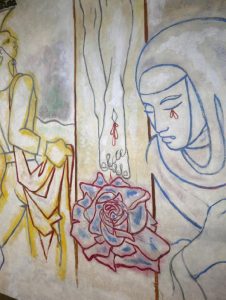 You had become an embarrassment. Your goodness showed that a new world was possible. The King’s son wanted to discover the treasure which you were carrying. It was time to eliminate you! It is the time of Good Friday, the silence of death.

God of all that is good, with St. Peter Chanel, give to Marists the grace to be with those who experience the Passion and suffering.

Opening up a path… 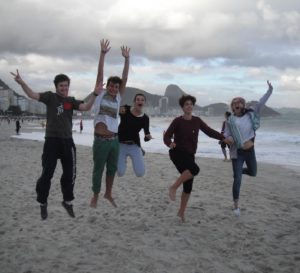 After your death, the people of Futuna turned towards Christ. They recognised you as the Messenger of the Gospel.

Today, God of all that is good, awaken in the heart of young people the desire to live the Marist life in the footsteps of St Peter Chanel and all those who have been faithful to this vocation.